From start to finish a network cable installation in Philadelphia for a new office in order to use VoIP and data wiring. Other installs listed on our site as well here http://www.bridgecable.com/network-cable-installation.htm

Complete network wiring for a newer Philadelphia office that is expanding and moving to a bigger location.

Here is the project notes from our own Philadelphia cabling tech:

Recently a team of four professionals from Bridge Cable Services successfully fulfilled a request for all new data, and voice connection in a renovated office space. The team arrived early for set up utilizing 8 boxes of Cat 6 wire, and their supply of top line equipment and tools to properly execute this job, and get this company up and running within a matter of 3 days. With the layout of the building, 8 boxes was the most practical way to execute the plan to install 28 data lines and 28 voice for a total of 58 cables. Without wasting any time these men got straight down to business by walking through, and becoming familiar with the rooms, the walls, and the pathways for running their wire according to code. Also, as they were working they encountered outdated telephone wires. They removed old telephone wire in accordance with current Pennsylvania fire code. The layout of the building had many turns and corners, so this team had to get creative. Through a developed communication these men have formed, which their Project manager plays an influential role in, they managed to find the best pathways to each location, remain calm and supportive of each other when any small problems arose, and to finish the job in record time. They trusted each other enough to work diligently at achieving an end product, which was uniform, met code, and was aesthetically pleasing (if you’re the type of person who likes to peak in ceilings). The wires were all labeled to ensure each set of 2 wires went to its’ desired location in a timely fashion.

Some of the things you run into while cabling are double studded walls, and pipes and other wires in strange locations. These men ran into a few stubborn walls, but with a high amount of support from each other and their project manager, and strong communication, they brainstormed, remained calm, and assured each drop was successful. As mentioned before, there was a lot of old telephone wire in this building. When all was said and done, this team removed three trashcans of wire, which was disposed of offsite. In order to remove this wire, a lot of old faceplates needed to be removed as well. To keep with their desire to not only make sure everything is functional but also pleasing to the eye, they used the existing locations where it was applicable, and used matching faceplates where they needed to add an additional location to run the new wire.

Once they had all their wire ran in each room, they wasted no time installing new faceplates and jacking the wires. Each room received one data and one phone line. The phone jacks were given white jacks and data were given blue jacks to differentiate between the two. While two of the men were busy jacking, the other men were busy setting up the rack in the central location where the wires would be dropped. The rack was built and secured to the wall. The wires were then attached to their corresponding locations on the patch panel. The wires were separated and neatly secured with Velcro into 2 bundles (voice and data). Once all of the jacks were installed and punched down into the patch panel, the team began testing and certifying each line, which is standard procedure with Bridge Cable to ensure your whole system is running as you would expect to. In addition to the 56 wires installed and jacked, this team also installed 3 new wireless access points to ensure high speed data runs smoothly throughout this company.

What this team of highly trained professionals learned from this project is that there is always something to learn, and they were humble enough to listen to each person’s input, including a new intern on the job. One of his brilliant ideas would have cost the team many more headaches and wasted time if they were too prideful to listen. But thanks to the project manager for instilling the virtue of humility and integrity in this fine team, the project was successfully completed in record time. This even left time for one team member to return once the project was completed, and install an additional line, which was originally overlooked by the client. If you are looking for a team that gets the job done, with no frustration, and in record time, Bridge cable looks forward to hearing from you! Thank you for your time. 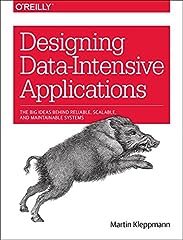 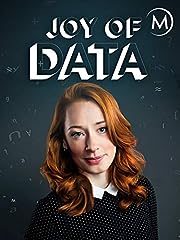 (4)
(as of November 23, 2020 - More infoProduct prices and availability are accurate as of the date/time indicated and are subject to change. Any price and availability information displayed on [relevant Amazon Site(s), as applicable] at the time of purchase will apply to the purchase of this product.) 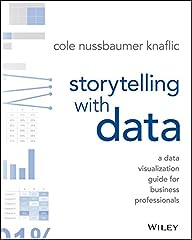 
Storytelling with Data: A Data Visualization Guide for Business Professionals Attach between your USB cable and charger to physically block data transfer or syncing; charge mobile devices without any risk of hacking or uploading viruses PortaPow's SmartCharge chip automatically switches between Apple, Universal and Samsung sta... (as of November 23, 2020 - More infoProduct prices and availability are accurate as of the date/time indicated and are subject to change. Any price and availability information displayed on [relevant Amazon Site(s), as applicable] at the time of purchase will apply to the purchase of this product.)

What did this 58 ethernet drop + termination and certification install cost?

That’s a lot of work! Interesting!

I do the same job me too in Mauritius 🙂