An in your face, up close review: Linksys WiFi Range Extender setup and install. Here’s a Linksys AC1200 unboxing, setup and review video that’s quick and to the point. It shows all you need, to do a Linksys extender/WiFi repeater setup. This Linksys AC 1200 setup and review is on the Linksys RE6700 dual band version. The Linksys ac1200 WiFi range extender setup is easy to do once you watch my video tutorial. Also, this is a pretty good performer and might be the best wifi extender for being used as a WiFi booster for gaming.

Here’s the link for manually accessing the Linksys WiFi range extender through your internet browser: http://extender.linksys.com

This is a excellent Linksys wireless range extender that will extend your main router WiFi out beyond 5000 square feet and more. If you have a Xbox live/ Xbox 360 that needs a wifi Ethernet connection, you can use the Ethernet gigabyte port on the Linksys wifi repeater/extender to cable directly to your wifi LAN and Xbox. And this could be a good repeater for gaming in every room of the house, upstairs, downstairs and wherever!

In essence, if want to know how to setup wifi extender quickly without spending hours learning how, then my video is for you.

BTW: These wireless wifi extender devices are also known by several different names like: wifi repeater, wifi booster and wireless repeater. So don’t be thrown off by the terminology used for these wifi devices.

1) Does it eliminate Wi-Fi Dead Zones? Yes.
2) Do I like the WiFi extender for Dead Zones and Signal Strength?
Yes. 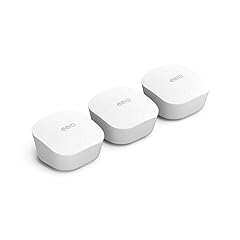 (1639)
Whole-home coverage - An eero 3-pack is a whole-home WiFi system that replaces your router and covers up to 5,000 sq. ft. Works with Alexa - With eero and an Alexa device (not included) you can easily manage WiFi access for devices and individuals in... (as of March 29, 2020 - More infoProduct prices and availability are accurate as of the date/time indicated and are subject to change. Any price and availability information displayed on [relevant Amazon Site(s), as applicable] at the time of purchase will apply to the purchase of this product.) 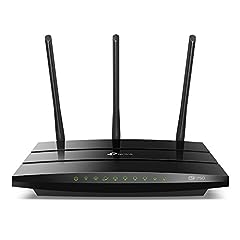 JD Power Award ---Highest in customer satisfaction for wireless routers 2017 and 2019 Router for wireless internet, works with Alexa, compatible with all WiFi devices, 802.11ac and older Dual band router upgrades to 1750 Mbps high speed internet(450m... (as of March 29, 2020 - More infoProduct prices and availability are accurate as of the date/time indicated and are subject to change. Any price and availability information displayed on [relevant Amazon Site(s), as applicable] at the time of purchase will apply to the purchase of this product.) 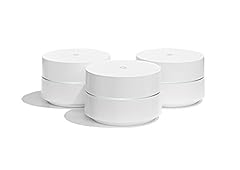 A new type of connected system for seamless WiFi coverage throughout your home, helping eliminate dead zones and buffering Replaces your current router, and works your modem and internet service. It’s compatible with major internet service providers ... (as of March 29, 2020 - More infoProduct prices and availability are accurate as of the date/time indicated and are subject to change. Any price and availability information displayed on [relevant Amazon Site(s), as applicable] at the time of purchase will apply to the purchase of this product.) 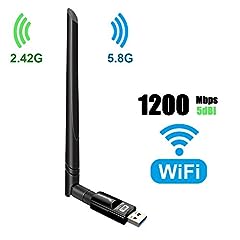 SAY GOODBYE TO SPOTTY WIFI DEAD ZONES- You shouldn't have to put up with slow internet speeds at home, even if you're outside. Thanks to this 2.42 GHz and 5.8 GHz USB Adapter you won't have to! With 100 yards of coverage feel FREE to surf from your b... (as of March 29, 2020 - More infoProduct prices and availability are accurate as of the date/time indicated and are subject to change. Any price and availability information displayed on [relevant Amazon Site(s), as applicable] at the time of purchase will apply to the purchase of this product.)

Can I connect my playstation to this extender? I have the same one, but I haven’t set up yet.

Yo my just stuck at connecting to network

Hey nickscomputerfix! Love your channel! I would love to talk to you about a business inquiry. If you’re interested, please email me at jwong@bbtv.com

the linksy set up does not come up on my wifi

Awesome video and thank you

sir mr nick, I have att as my internet provider. I’m looking for a good wifi extender such as the one you’re displaying here. do you think you can recommend me some of the top wifi extenders you would go to for gaming on like, a playstation/xbox system?

great video, i am gonna buy this one , i am looking for good one and you come up.very great video and full detail . can you tell me how much you pay? thanks NIck.love your chanal.

Can I set it up without A Computer

Thanks for your videos!
Having wired ethernet connectors in each of my rooms but the WiFi of my router does not reach them I’d like to put access points in each room (I have 2 of the cheap you reviewed that I use as AP not as a Repeater) for the mobile phones.
Which of the repeaters that you reviewed with AP functionality would you recommend me in case I wan to add 5GHz band as well?

Is it good for gaming though? I can only get a moderate connection for my Xbox one

Hello nick, how long did it take you to do the whole setup? Although the set up indicated that my extender was in the optimal range, it did not connect to my router and kept blinking amber. I’m not very sure what to do as my room as limited sockets around