The simplicity of the Wink Connected Home Hub makes this a bit confusing to some. The Wink Hub is only the hub and a power cable. During configuration you connect it to your wifi (which should have Internet access) and then use the mobile app on iOS or Android to finish the configuration.
The easy steps (which we cover in the video)
– Plug in the wink Hub
– Load the iOS or Android app
– Connect to the Wink Hub and begin configuration
– Add supported devices by simply scanning barcodes or manually looking them up
– Set robots or schedules (or wait for this step till you get more familiar)
– Check access via the Internet when you can outside of your home network

It is pretty much that simple to get configured. We tested the Lutron light control and a Schlage lock set as we show in the video. Both worked on the first attempt and have not failed at all. Adding sensors, thermostats and more lights is in next up. My firmware update completed successfully and I had not connected anything to the hub yet to know if there was improvements. But the update did not hang or crash as some reported.

We placed the Wink Hub away from the wifi access point per the instructions and have not had any connectivity issues from the application or the devices. Everything seems to have stayed connected after testing and usage. Shortcuts are a great timesaver for multiple things you want to do at once. Like turn off all lights, lock certain doors and set a temp on the thermostat when leaving. It does not get much simpler then that for automation.

Another selling point is no fee for usage. I would suggest looking for Wink certified products for now until they integrate better with just the protocols.

You can get this today at http://idonot.es/winkhub 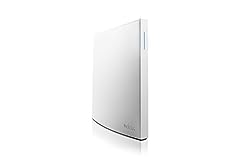 VOICE CONTROL: Works with Alexa and Google Assistant (devices sold separately) CONNECT ALL YOUR SMART DEVICES: Easily connect and manage your smart home ecosystem with Wink Hub 2. Compatible with all major smart home categories, including cameras & d... (as of September 10, 2020 - More infoProduct prices and availability are accurate as of the date/time indicated and are subject to change. Any price and availability information displayed on [relevant Amazon Site(s), as applicable] at the time of purchase will apply to the purchase of this product.) 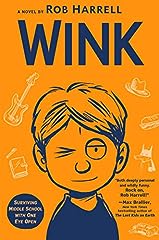 (as of September 10, 2020 - More infoProduct prices and availability are accurate as of the date/time indicated and are subject to change. Any price and availability information displayed on [relevant Amazon Site(s), as applicable] at the time of purchase will apply to the purchase of this product.)

Use to remove rust stains from white sinks or toilet bowls Liquid stain remover formula quickly works to break down even the toughest of stains Can also be used to remove stains from colorfast fabrics and carpet Safe for use in all septic systems and... (as of September 10, 2020 - More infoProduct prices and availability are accurate as of the date/time indicated and are subject to change. Any price and availability information displayed on [relevant Amazon Site(s), as applicable] at the time of purchase will apply to the purchase of this product.) 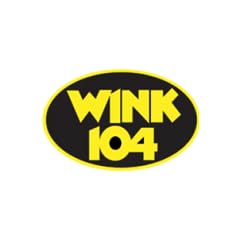 New design and interface See current and recently played songs and up to date station and local news on a single screen Get notifications and single click access to any station promotions or contests View station’s YouTube channel without searching o... (as of September 10, 2020 - More infoProduct prices and availability are accurate as of the date/time indicated and are subject to change. Any price and availability information displayed on [relevant Amazon Site(s), as applicable] at the time of purchase will apply to the purchase of this product.)

If someone dropped home security from the cable company could they pair the zigbee sensors to the hub? Also would any IP camera work on the HUB?

I got the Quirky water leak sensor. It is offline all the time.

I bought the wind hub and a couple of less expensive TCP lights to connect to my Amazon Echo, as it stands I still cannot connect it with the echo and am unsure why. At first it was because I had to buy the TCP gateway as well, I now have this however but the Echo doesn’t see anything even after I have named the lights. This is not for the non tech savvy that much is sure and I’m in IT and still can’t figure it out. Someone should do a step by step tutorial for Echo’s smart automation.

Just curious, If i say had 50+ Smart lights, smart door lock and a smart thermostat with a few room sensors would wink connect all of these products (if the products say wink compatible?) and do all these wifi signals in a house create alot of interference or is that a non issue?

This product is heavily dependent on wink server and internet enabled. If the Internet at home is not working, does this product still work? Probably not. ..

Wink won’t do Insteon, will it?

Could you actually go through setting up the product?

Hackers can unlock your house and turn off the lights. Scary.

I’ve used it for years. It is excellent. BUT:
They are terrible at marketing. Not even in Best Buy!!!
And today they announce the’ye sold … to … me.2. A company no one has ever heard of and there’s no synergy.
I predict its death.
One aggravation is their failure to ever deliver the fan remote control with Home Depot.

I am able to operate the lights even when my phone is not on my home network. Very nice product

Did you have to get the Nexia Bridge with the subscription service to work with the Schlage Deadbolt?  Or are you just using the Wink Hub to automate the lock?

Nice review. But I would warn people that the Wink hub has considerable limitations. One of the surprising things for me was that there is very, very little online community support and forums for the Wink hub. I was searching because once I added a couple devices and my Nest thermostat to Wink, I could not figure out how to delete them. It appears that only Wink customer support team can remove devices once you’ve added them. And there is a noticeable delay between pressing a button in the app and the actual light turning on/off.
I did a comparison between Lutron Caseta hub and Wink hub not too long ago – check it out. http://cankev.blogspot.ca

Clearly a paid (by GE/Wink) infomercial. I installed Wink (GE link light bulbs, Lutron in wall, racio water sprinkler control, smart thermostat, lock, and garage door opener). The idea is great, however it is highly unreliable system that requires lots of maintenance. Firmware updates often don’t work and resetting the lights description back to factory setting, wrong light status (on/off). The reason that all the other connected devices are working has to do with the fact they run their own app, independent of “wink”. I wouldn’t touch it until the product is mature, your indicator if it is (mature) are online feedback from sites of actual buyers (amazon, ebay, etc.). Beware of paid feedbacks and fake “reviews”.

You did a review on the Wink Connected Home Hub. Can you also do one of the Smaft Things Connected Home?  Also compare both products?