What I Learned From Watching: The Bridge on the River Kwai (1957)

David Lean’s exotic 1957 Opus, Bridge on the River Kwai is considered by many to be one of the greatest tales committed to film. Let’s set aside for a moment the seven Oscars it took home at the 30th Academy Awards and its distinction of being one of only 12 Best Picture winners to have been produced by a foreign studio—in this case, the United Kingdom. Instead, let’s consider what it is like to see this film today—during the era of the epic— and see just what a movie like this can teach us about filmmaking…

Support this channel on Patreon: https://www.patreon.com/cinematyler

This video essay was written, edited, and narrated by Tyler Knudsen.

David Lean and his Dedicated Maniacs

Making of Bridge on the River Kwai

The Bridge on the River Kwai USC Short Film, Introduced by William Holden

The Rise and Fall of a Jungle Giant 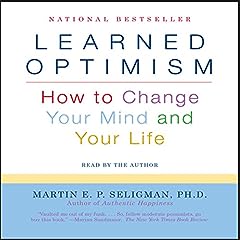 
Learned Optimism: How to Change Your Mind and Your Life 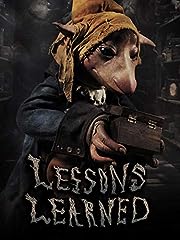 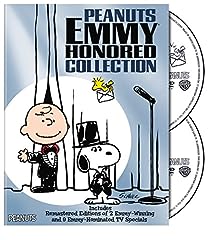 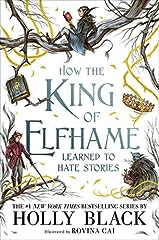 
How the King of Elfhame Learned to Hate Stories

I learned that the Japanese are dicks, and to never trust a British officer.

One-balled Hitler is a myth!

Lets face it. We are all doomed to mispronounce “kwai” til the end of time! Let us all accept that!

You did justice to a Great film

Terrific documentary. Learned more, even though I saw the dvd ‘making of’. A fight with Oscars as weapons? I hope it really happened (and no one was hurt). I always enjoyed and thought the blonde nurse sequence was necessary as in your own words: “showing the peace and comfort Shears is giving up”.

As many have stated here, you do earnest, excellent work on your videos and communicate your love and enthusiasm for a film marvelously. The abundance of background information and “making of” cuts and interviews is staggering. I would only say that you missed a pivotal scene – one of my favorites – the planning meeting between Saito’s and Nicholson’s staff where Nicholson completely subsumes Saito’s authority by relocating the bridge, insisting that meals be served while they all plan together, and ultimately, where he (Nicholson) states that his officers will do manual labor. All the while, Saito mumbles compliantly, “I have already given the order*.

I watched an entire 50 second ad just for you

Just great. And I remember my dad and his friends (WWII and Korea vets), belting out the Colonel Bogey March with the Hitler lyrics during cookouts and poker games. Marvelous!

I love this movie. I just watched it yesterday. Can never tire of it. Brilliant film.

wonderful movie, I always thought the design of the bridge was based on the victorian rail bridge that links Edinburgh with the north east coast in Scotland, called The Forth Bridge, crossing the river Forth, they are identical in appearance. Twenty years ago I visited Sri Lanka and hired a driver and car to make a tour of the Island, I had in mind to find the location of the movie and armed with a map and directions from locals I found the sign pointing down a path off a single track road east of the town of Candy, the sign was crudely painted on a square piece of rusty tin and said….”location of the Bridge on The River Kwai. A ten minute walk down the path took me to the site of David Lean’s bridge set. It was hard to imagine that this was the same place as the vegetation had closed in and the river seemed much narrower and very shallow, I think various dams were built during filming to modify the width and depth of the river and to allow filming of the low tide where the explosive cable becomes visible in the water. On one side there was clearly visible a large rock on the river edge with large round holes bored into the rock and these were used to plant the main wooden logs that held up the bridge structure. I guess the most fascinating thing about visiting that location was that there was an middle aged man and his wife who lived in a modest cabin next to the river who gave guided tours and offered to ferry people across the river in a small two man coracle, he spoke quite good english and he informed me that he had appeared in the film, he was one of the children flying the kite in the village that William Hiolden crawls out the jungle to, you may remember the scene, he is almost delirious and mistakes the kite of the children for a vulture swooping down on him, so this man who had appeared as one of the children had remained by the river bank and was making a living giving tours to travellers and telling stories of his experience on the film, I was happy to have him show me around and ferry me across the river for photos, I ended up giving him around £20 which he was elated with, I later learned that £20 represented 6 months income to him.

Yugoslavia post WW2, had big war movies, one of them was about blowing up a bridge on river Neretva, and it too was blowing up real bridge .
/watch?v=nOzQLJl7uKc

Great, i love those movies with all these orchestrated big pictures in a real environment, this is very rare in today’s cinema.

I have been watching this move my whole life. between this and The Bridges at Toko-Ri you can learn every life lesson you ever need You did an excellent job on the analysis of this great movie Thank you

“Do it for real!” That philosophy is what makes Werner Herzog’s films so intrigueing.

Thank you so much for this – brilliant work

By the way – the original book sucks. An example of a bad book making a basis for a good film.

My god, I love this film.

People don’t sing Colonel Bogey in the US? I didn’t know that.

I’m from England, we sang it when we were children in the 1980’s, it’s still well known

The version I grew up with is :

Hitler has only got one ball
The other, is in the Albert Hall,
His mother, the dirty bugger,
Chopped it off when he was small

This is one of the best videos that anyone has done on this film. I’m from Sri Lanka (former Ceylon) and there are a few remains of the bridge still on either sides of the river banks. The river (Kitulgala river) is a major tourist attraction by now, and every time when people do white water rafting, they talk about The Bridge on the River Kwai. Anyway, thank you for these videos, I’ve been enjoying them a lot! Keep em coming.