The August Connect “connects” the August Smart Lock to your home’s wi-fi network, enabling control of your deadbolt from anywhere in the world via the Internet.

Watch my full review video of the August Smart Lock and an intro to connected / smart locks – http://youtu.be/wJe2BfI5cZg

My first impressions are that the setup of the August Connect is very simple and straightforward, with the actual setup on a smartphone only taking about 1 minute. I did the setup on a 5th-generation iPod touch, but the “Remote Connect” feature also became available in the August app on my iPhone 5s without any further setup.

The time it took to unlock or lock the door was a bit longer via wi-fi or over a cellular connection, depending on how recently the August Connect had connected to the August smart lock. If you’re already at home and within range of the lock, it doesn’t make sense to use the “Remote Connect” feature. And, if you are indeed checking the lock status or “buzzing someone in” from elsewhere, the added delay is not terrible. But, August does need to seriously work on how long it takes for the Bluetooth detection of the lock, because at 4-5 seconds, it is pretty unacceptable for a $249 device, no matter how good it looks.

2016 Update: August has significantly improved the speed and reliability of the smart lock and the Connect device, and the price of the basic smart lock has dropped to only $149.

Overall, the August Connect is a solid, simple and unassuming device that will quietly relay your commands to its BFF, the August Smart Lock. The setup and operation process are simple, even if the operation over wi-fi/cell data is not completely intuitive at first glance.

The “connected/smart lock” market is heating up, with Lockitron recently introducing its replacement “Bolt” device, along with Sesame and Haven being recent newcomers. Lockitron and Sesame’s offerings start as low as $89, with a wi-fi “bridge” like the Connect priced at $49. If August wants to stay competitive, it will need to lower its prices, or otherwise introducing new compelling features. In general, most if not all of the connected smart locks offer the same features in a slightly different package with different marketing buzzwords.

In about another 10-12 months, we will know which players in this game are going to win and who will lose. 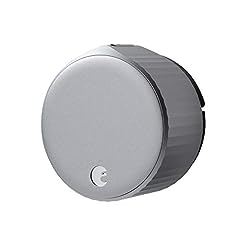 A key that works everywhere. Lock the front door. And unlock it. From anywhere. Works with Alexa. Connect your August smart lock to Alexa to lock, unlock and check lock status. Alexa can also provide notifications when your batteries are running low ... (as of September 10, 2020 - More infoProduct prices and availability are accurate as of the date/time indicated and are subject to change. Any price and availability information displayed on [relevant Amazon Site(s), as applicable] at the time of purchase will apply to the purchase of this product.) 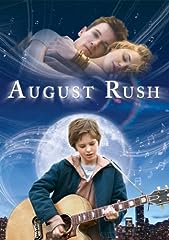 (as of September 10, 2020 - More infoProduct prices and availability are accurate as of the date/time indicated and are subject to change. Any price and availability information displayed on [relevant Amazon Site(s), as applicable] at the time of purchase will apply to the purchase of this product.) 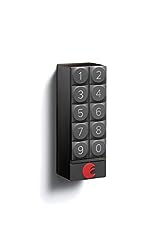 Secure, code-based home entry Accessory for the August Smart Lock Create unique codes instantly from your smartphone anytime. Mounts outside and works with any August Smart Lock Perfect for guests and your kids, no smartphone needed. Requires iOS (9.... (as of September 10, 2020 - More infoProduct prices and availability are accurate as of the date/time indicated and are subject to change. Any price and availability information displayed on [relevant Amazon Site(s), as applicable] at the time of purchase will apply to the purchase of this product.) 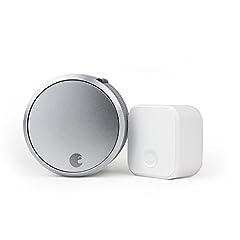 Works with Alexa for voice control (Alexa device sold separately); Requires 110 to 240 Volts Control and monitor your door from anywhere. Lock and unlock your door, control keyless access and keep track of who comes and goes, all from your phone. Ale... (as of September 10, 2020 - More infoProduct prices and availability are accurate as of the date/time indicated and are subject to change. Any price and availability information displayed on [relevant Amazon Site(s), as applicable] at the time of purchase will apply to the purchase of this product.)

Your wall switch is pretty cool . What are those hologram like colors?

Thanks for all the reviews. So, since you’ve had this a couple months now, do you have any new updated info (as far as firmware/software improvements)? And what’s your opinion on this versus everything else on the market as of May 2015?

Im new to your channel and love the videos, i saw one in which you said you dont use/like IFTTT, What apps do you use to program your smart things in your house?

So using a key us getting to hard. How secure is all this, not as a key.

Have you worked in communications before? Your voice sounds trained, and you can vamp as good as any weatherman I’ve seen on the news. You’re seem very comfortable in front of the camera. It all aggregately comes across as sexy!

does august connect anywhere in the world by using wifi? what about the local DATA int the country u r at?
What happen when Android devices that are NOT compatible are they able to access to the house by using Wifi of my home??

now we need to find someone with an android phone

Great stuff man.. Watched a few of your videos so far very solid info.. Personally I’m in the process of some devices such as Lutron Caseta, love it so far.. Would love to implement a smart lock but that cost though.. Btw keep up the great work..

Great video. Maybe try a pair of soft boxes to improve lighting on your face. Quick question…
how did you superimpose the phone screen on your video? I would love to do that for my videos.

You say a lot of negative things. It’s almost like you’re not happy to even have the device. Cheer up mate!

Hi,I like to know, if August works fine or have multiple problems, bugs? fine well with wifi or disconnect?

are there any fees assocaited to August? Monthly fees or per key fees?

“Not very well protected” – I think there was excessive amount of packaging material. Why is the box inside another box + plastic? You will probably never use the packaging afterwards. It is just to give you the premium impression (large box = high value)