Full explanation in the description.

Okay so I decided that I was going to change my service from 300 Download & 20 Upload since that was a bit overkill for what I am currently doing. So I called Brighthouse aka Spectrum to see their new plans and offers.

(1st Call)
The sales rep told me about the 100D/10U plan which was perfect for what I wanted. But they told me my current modem was not coded to Brighthouse so I would need to change to a “Spectrum Modem which would cost $150. I explained I had a customer owned modem and I was going to switch to that to avoid the fee which the sales rep said was perfectly fine. (ATM) I didn’t have the powercord for the modem so I had to call back later.

(2nd Call)
I talked to the sales rep and hooked up my modem. The rep asked why was I switching modems and I explained it was to avoid the ridiculous $150 fee, the rep told me the current “Brighthouse” modem I have would work on all Spectrum packages and the previous sales rep was incorrect. So we switched back the modem to the Brighthouse one that way I wouldn’t have to drive and take the modem back. That’s when the sales rep explained that I needed to pay for WiFi, I told her that’s a joke and how utterly stupid that was and how stupid it is to pay for WiFi on a modem in 2017. So ultimately we had to hook up my SBG6580 modem again to avoid the monthly WiFi fee.

(3rd call)
I find out an hour or so later that my Wifi isn’t working, I call tech support which tells me it’s my modem that is the problem and they can’t help me because it’s a customer owned modem. They said once it’s fixed to call back and try to connect it again and if the Wifi stops working then we know it’s an issue on our end.

(4th) Call
That’s where this video starts.
I call back after fixing the modem and testing it to ensure it Wifi works before setting it up. We setup the modem and TADA! The modems Wifi is disabled. So we get an honest tech support which explains that its Spectrums / Timewarner cables Bootfile/codec which is causing this entire issue and to add the modem to the network that bootfile must be on my modem. He tries a workaround and tells me to call back in an hour if it doesn’t work.

(4th Call)
An hour later, I’m worst off than before. I can’t even log in to my modem and my connection is getting tunneled through something. So I call back Spectrum and get a lady who asks to put me on a “very brief hold” which lasts for 15 mins. Then tells me my modem isn’t compatible with spectrum when on spectrums website it’s clearly listed as compatible. I ask her to connect me to the Tech department and she tells me its closed which she could have done when I asked the first time at the very start of the conversation.

(5th call)
I call up tech support in the morning to get a level 3 tech which I have to explain the entire problem to all over again. He bullshits for about 20 mins saying it’s impossible to disable my wifi etc and its no on their end even though the previous tech confirmed this. He then confirms that the SBG6580 Motorola modem is the preferred modem for Spectrum and the previous person was completely wrong. He explains how to fix TCP buffering and says my CAT5 aka ethernet cable might be defective. TCP buffering and a defective ethernet cable would have ZERO effect on wifi. In the end they write up a new “bootfile” which allows me to enable and disable my wifi.

Problem solved? Of course not!
Now every 12 hours or so my modem gets an update from spectrum which disables my wifi. I have to login, reset to factory defauts an redo my wireless network. Even if I use a backup file it will just disable my wifi all over again.

In the end I have to bridge the connection to solve the problem since brighthouse/spectrum/time warner cable is just wanting to force people into paying their $5 monthly wifi fee.

It’s not the end of the world, but its a very terrible business tactic for adding on additional fees and trying to make it impossible to get around them by buying your own equipment. 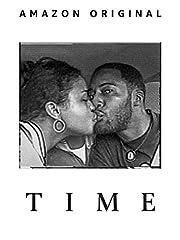 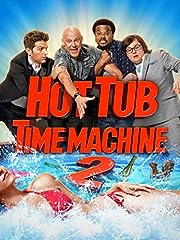 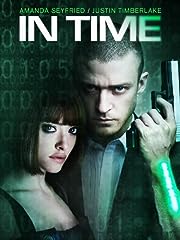 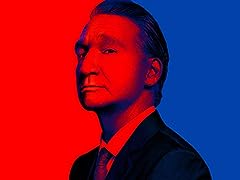 Spectrum will not allowed to have a consumer modem anymore!

you didn’t turn off auto update? that would be the first thing do.

It’s a dirty tactic used to cause people to give up and choose spectrum’s hardware and pay an extra charge for them to enable wifi. What they are doing is dishonest and is the number one reason people call for government regulations.

Man these crooks can go off and eat a dick!

Okay for the idiots who didn’t pay attention please read.

I never once said that its a “scam” to charge for on their equipment. It’s not and they have every stupid right to charge for “Wifi” on their modem they provide.

This video was made solely to explain how shitty of a practice this is, and how many people fall for this bullshit. I could of ignored this entire problem by using a $10 wireless router but I shouldn’t have to considering how they allow you to use your own modem.

Moral of the story is, don’t let companies screw you over because they will keep going further and further with their policies which don’t benefit the consumer.

2017 and charging for Wi-Fi because they still have to support it as a service.

Loved your video. I thought it was ridiculous to charge for WiFi seperatly from the modem fee. I rather get my own modem and have a seperate wifi DB router. It be great if you tested with other approved equipment like a Linksys modem/router. Thanks

Spectrum Internet “Are you on the spectrum?”

I feel your pain when it comes to dealing with TWC/Spectrum. I currently have them as well, and I hate it. Unfortunately, I’m not able to switch to any other ISP because of where I live. Their technicians aren’t very knowledgeable, and they do a lot of double talking to try and confuse you. Fortunately for me, I’ve gone to college for IT, and I know enough to counter what they try to say to trick me. I still wish I was able to switch to another company, but that’ll have to wait until I move.

why not use there modem then just get a wireless router

What Spectrum is doing is in violation of FCC rules. https://arstechnica.com/information-technology/2016/05/charter-blocked-customer-owned-modems-for-two-years-must-pay-fine/

If is your own modem twc/spectrum cannot disable your wifi, couse they have not access to your modem, there is something call OEM (original equipment manufacture) in that moment you have the problem you should call the OEM, netgear, cisco, arris wherever, twc/spectrum CANNOT ACCES TO YOUR OWN MODEM

if we paved the roads of this country with the skin of billionaires and their politicians, we MIGHT stand a chance of breaking even. but then we would step on shit every time we cross the street.

i hated that one when i got it from twc. wifi kept messing up. i made them replace it and now i am using a arris dg860a. seems to work and i found the login online since it was the default one username admin and password was password. that is kinda dumb really. i changed that as soon as i could log in. far as i can see can change stuff in it. i also still have twc package because refuse to change because i will be paying more then i am now after 3 years.

Maybe you could not be a tard and use your own router for Wifi most ISPs have shit wifi on their own modems….

Yeah they are fucking idiots. They’ve obviously jacked up the codes like they always do. It’s he’ll to deal with these people

are you still having issues?

They should be brought up on criminal charges .tampering with private property .. If sold a product or services and infected someone’s property I would go to jai! And or pay a dine . call a lawyer and bring a class action suit .